A couple of unpleasant behaviors are usually responsible for friction in relationships though we hardly keep an eye on them. Despite the quality of your relationship, it’s crucial to understand that unruly behaviors can effortlessly coerce it to a halt. He’ll not stay in your life if you pride in flaunting certain behaviors that’s capable of polluting your relationship with him.
Here are reasons why he’ll definitely dump you: 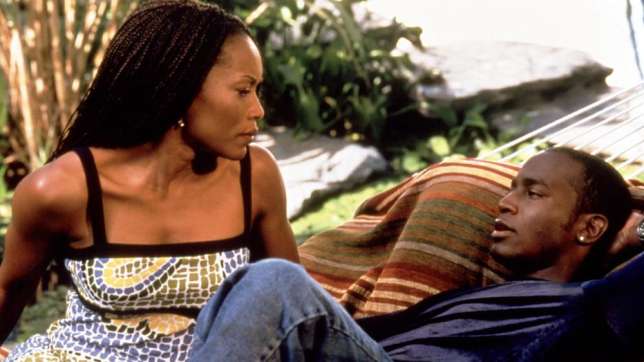 His trust regarding you will certainly vanish if you immerse yourself in the concept of lying about everything including things that will not inspire consequences. The future is so important to the extent that serious minded men will not hesitate to take a flight out of the life of any woman whose surname is dishonesty.

Men are conscious of the verity that keeping a dishonest woman in their lives can be suicidal. He may be observing you without your knowledge, and he’ll eventually dump you once he’s certain about your unrepentant life of dishonesty.

Chronic selfishness is undoubtedly a major promoter of breakup; it’s a trait we all abhor. If you are the type that cares for yourself alone disregarding the feelings and needs of your partner, your relationship with him is likely to hit the rock. Nobody wants a selfish partner, not even you. If all you care about is you, you, and you, he’ll eventually dump you.

3.  Being glued to your cell phone

Your phone must not enjoy the liberty of always standing in between you and your man. He may not be complaining, but, he’s not finding it funny at all. If you are always busy with your phone when you are together thereby making him beg for your attention, the message you’ll unconsciously be putting across is either you aren’t interested in him or his presence constitutes a terrible nuisance.
This may be far from what you are having in mind, but it’s reasonably, the message you are unintentionally putting across and he’ll certainly dump you if he keeps begging for attention.

We all cherish positive reciprocation. If he projects you sustainably as the queen of his life, you are expected to do same. Despite his busy schedule, if he stretches as far as creating time for you, you are equally expected to reciprocate.
If he stoops as low as allowing you win in times of conflict despite prevailing evidence that you are at fault, you are expected to take note and ensure you reciprocate next time, but if you belong to the league of cocky women who are permanently at opposite lane with the concept of reciprocating laudable attitudes, he’ll definitely dump you.

In order to gain his trust, you are expected to trust him first. He’ll at a point, be very frustrated if you sustainably withhold trust. He must not be subjected to the suffering emanating from the experiences you reaped from your previous relationship, yes, that won’t be fair at all.
As a matter of fact, fears are understandably valid, but holding onto past negative experiences may end up denying you a genuine chance of being in the arms of a man who’ll bring the queen out of you. He’ll eventually dump you if you fail to loosen your grip on trust. 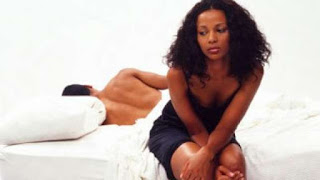 Nagging women aren’t cherished anywhere in the world and you won’t be the first. Jumping into conclusion regarding a statement that’s entirely different from perceived connotation just to clear the coast for conflict, will certainly coerce your relationship to a halt. Nagging women constitutes the type of women men detests with passion and if you fall into this category, you are expected to retrace your step or he’ll definitely dump you. A stitch in time saves nine.

Read also: Undisputed Signs Your Relationship Will Survive Any Turbulence
7. Blunt refusal to listen
Despite the enormity of the prevailing negative situation in your relationship, extending a listening ear can stretch as far as diffusing negative consequences. Fairly, no one has ever been happy about being denied the privilege of speaking up especially when we are innocent regarding the blames placed on us.
There exist a category of women who deems the concept of listening a huge waste of time and if you fall into this category, he’ll someday fling caution to the wind and dump you for good. If losing him wouldn’t be funny, imbibing the culture of listening is however imperative.

Women with low mentality constitute one of the categories of women men abhor with extreme passion. If your man is an ambitious type coupled with high mentality while your mentality isn’t anything to write home about, he’ll at a point, be convinced that both of you are in no way compatible. Compatibility is one factor that’s capable of inspiring impeccable bond in relationships, so, he may dump you if you refuse to work on your mentality.
0
Share
Subscribe to our newsletter
Sign up here to get the latest news, updates and special offers delivered directly to your inbox.
You can unsubscribe at any time
You might also like More from author
Marriage

Easy Guide on How to Renew a Nigerian Passport

How To Help A Loved One With Depression

RelationshipTips Jan 10, 2021 0
What is depression? Depression is now an everyday term used to describe a general feeling of sadness.…

How to make coconut oil without heat

5G, COVID-19 and history without end