How My Divorce Surprisingly Made Me A Much Stronger Person 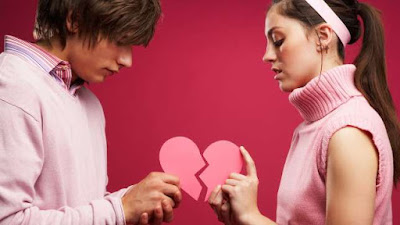 Recently, I was sitting on the beach with my friend Adam Gilad, who had just finished leading a workshop for divorced men. I was reflecting that since his divorce, he had become one of the happiest, most fulfilled people I knew – even going so far as to lead other divorced people towards their own happiness and self-realization.
I asked him if his divorce had made him stronger, and his answer floored me. He opened my eyes with what he said:
When I got divorced, I thought it was the end of my life. I thought I would lose the connection with my kids. I thought no one would ever date me because I was a “failure” having “lost” my family.
But what should – according to the popular script –have been my mid-life crisis, turned out to be my mid-life awakening. What I thought was an exposure of my most powerless self for all the world to see turned out to be the springboard of my happiest and most powerful decade ever.
I became stronger as a man – I had to – in fact, I had the privilege to – take stock of who I was, free of the habits of being in a relationships. I got to choose how I wanted to spend my evenings, my weekends. How I wanted to eat. What I wanted to read.
When I didn’t have my kids at home (50%) of the time, I now had MORE time to self-develop and build my confidence than I did before. I attended workshops on self-expression, advanced sexuality, internet business building – and discovered whole new skills and communities I never would have found before. 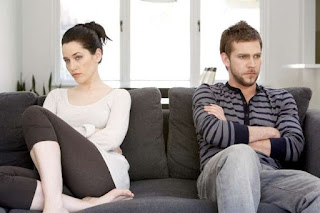 I became stronger as a father. Instead of taking the back seat on dinner and homework at night, I either cooked or grabbed a book for us to mine for gems over dinner. Mealtimes became learning times as my sons and I delved together into what it means to be a man, a leader, an artist. Because I had my sons for only 50% of the time, every minute became more precious – so we bugged out for more snowboarding trips, more movies together, more rivers to run, more adventures.
But more important than all that, my sons got to see their Dad in his deepest vulnerability rebuild his life. They saw me nervously preparing for dates. We discussed sex openly and honestly. As I got to know myself better and know what made a good companion, we three guys sat together and talked about how to choose a great partner and what qualities to look for.  We also talked about what to do to be more likable, nurturing, and valuable.
If, as Brené Brown says, vulnerability is the measure of our courage, I became damned courageous. If a relationship broke up, we’d crack open some cold ones and reflect on life, hope, heartbreak, and resilience.
I became stronger as a provider. Up until my divorce I had been a screenwriter and producer but now needed to create a steadier income. By necessity I threw myself into entrepreneurial training and created a content-marketing business that has sustained me for 11 years. One of the proudest moments of my life was when my then 11 year old, watching me taking notes during a webinar said, “You know, Dad, a lot of people talk about getting rich. But you’re doing something about it!”

In fact, I wasn’t trying to get rich, I was trying to pay the mortgage!

But above all, I became stronger as the driver of my life. When we are married, we fall into habit and can potentially stop taking responsibility for forging our own destinies. We may go with the flow rather than carve new and exciting channels into our futures outside of our comfort zones.
I soon began to reframe everything. I stopped saying “when I got divorced” and started saying “when I got single” – because I didn’t want to identify with being a “divorced man” but rather a man who was single and was looking forward, not backward. 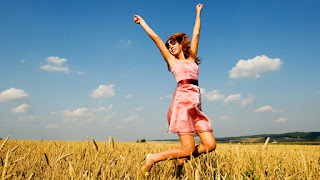 I corrected those who said that a woman with kids had “baggage”. Instead I encouraged the perspective that a woman’s children were just “bonus” people I get to love in this life.
I undertook the study of what makes love thrive, what makes life worth living, and what it means to be inspired during these years we have on Earth. I challenged everything. I traveled to Peru to study with shamans. I traversed the world with entrepreneurs. I built businesses. Danced in the desert till the sun came up. Dove deep with astounding and sensually alive women. I raised my sons into happy manhood– and recently, married a woman who raises me to my highest self every day and every night.
At the end of my post-divorce decade, I told my sons, while we were sitting on a Caribbean beach after a day of kiteboarding lessons, “Hey, if I died today, please don’t mourn me. I’ve had the most amazing life. Celebrate that I was here.”
0
Share FacebookTwitterReddItWhatsAppPinterestEmailTelegramFacebook MessengerLinkedinTumblrStumbleUponVKDiggLINEBlackBerryViberPrintOK.ruGoogle+
Subscribe to our newsletter
Sign up here to get the latest news, updates and special offers delivered directly to your inbox.
You can unsubscribe at any time
You might also like More from author
Marriage

Nigerian Tribes With The Strongest Juju

Does bank of America have a cash rewards card? Or How does BOA Cash Rewards Credit…

Ria Tracking: How to Track Your Transferred Money

Sugars That Add No Calories

RelationshipTips Jan 20, 2021 0
A balanced diet is a meal consisting of a variety of food that supplies an adequate amount of nutrients…

Tasty Foods of The Northern -A Culinary Tale Life —

How To Make Barbecue Fish Life —