Home » How To Know If Your Partner Cares
Men aren’t really ‘complicated’ creatures, but sometimes they don’t really know how to show that they care. A lot of men simply have a hard time sharing their feelings (unlike most women!) so we might end up a little confused on how they really feel. Well, ladies, put those worries to rest. This list has 10 things he will do to show you that he cares- without actually having to SAY it. 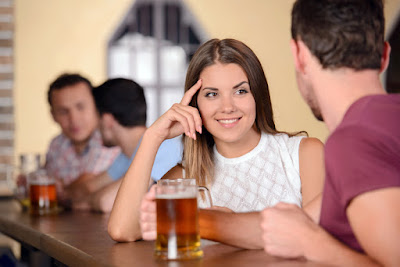 Respect is a very important part of a relationship, and we tend to give respect to those we care about. If your man respects you in every way possible, then it’s a good sign he cares about you. On the other hand, if he is disrespecting you constantly, making you feel bad about yourself and not caring about what you have to say, you need to run for the hills. Not only is that WRONG, but it’s a sign he DOES NOT care. Leave him!

2. He Listens to You

Men have a problem listening; I think we can all agree to that! But the man who cares about his woman will actually try and make an attempt to listen to her. He cares about what she has to say, whether it’s an important decision she is making in her life or if she’s simply telling him about the drama that took place at work that day. Either way, a man that cares will listen- and actually absorb- what you’re saying to him. (He won’t just half-listen with half-responses like ‘Yeah’ or ‘Uh-huh’).

3. He Wants to Make You Happy

This is a rather obvious one, but a man who truly cares about you will ALWAYS want to make you happy! It’s undoubtedly one of his TOP priorities and he makes it known. He will go out of his way to ensure you’re happy and do whatever it takes to put a smile on your face. It’s just something you do when you care about someone- you never want to see them upset! 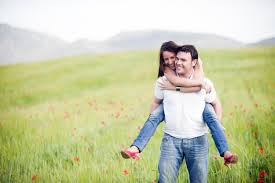 It is so awesome to be in a relationship with someone who actually encourages you, right? They not only WANT you to do better, but they actually stand there on the sidelines cheering you on. But let’s just be honest: when we don’t care about someone, we could care less whether they succeed or fail. If your guy is always encouraging you to do better in life, whether it’s going for that promotion or losing a few pounds (YOUR DECISION- HE THINKS YOUR PERFECT EITHER WAY) than you can rest assured he cares about you and your life!

5. He is Always Honest With You

Honesty is the best policy, even when it hurts. A man that cares will always be honest with you. Sometimes you will like what you hear, and sometimes you won’t. But hey, being upset about the honest truth is a lot better than being lied to and having to find out the truth on your own, right? So ladies, if he is honest with you about every aspect of his life and what he thinks, then you can know he means business and truly cares about you. If he didn’t, he wouldn’t worry about what he is lying about.

6. He is Overprotective of You

We know men tend to get overprotective of their girlfriends sometimes, and that’s a good thing! He may get jealous if a man tries to flirt with you, he may stand up for you if someone is being rude, and he may say something you don’t want to hear because he knows he doesn’t want you to make a big mistake. Just remember ladies- a man who cares will be overprotective, but he won’t go overboard to an abusive level. There is a big difference between being protective and being downright obsessive, controlling, and overboard about it.

7. He Wants to Spend Time With You

This is another rather obvious one: if he cares about you, he wants you around! He will definitely make time for you and probably asks to see you pretty often. In fact, he probably wishes he could be around you 24/7, 365 if he could! He probably misses you like crazy when the two of you aren’t together, and you’ll know this by the text messages or phone calls he sends your way on a daily basis. It’s great to be wanted, isn’t it?

8. He Talks About the Future WITH You 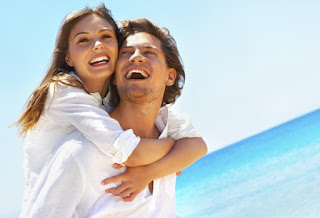 It’s one thing if he is talking about his future, but if you’re included in his plans you can rest assured he really cares about you. Men will only include a woman in his future goals if he plans on being with her in the long run, so this is a VERY good sign. Pay close attention the next time he starts talking about what he wants to do in the future; if you’re not a part of those plans, there may be an issue.

As we mentioned earlier, men who care about their lady want them to be happy. What’s one easy way to make a woman happy? Surprise her, of course! It could be something small like bringing your favorite cookie over after work, or something big like planning a weekend getaway to the beach just the two of you. Pay attention to what he does big and small, because remember ladies, the little things matter just as much.

10. He Isn’t Selfish in the Bedroom

Okay, well, let’s just be real: everyone wants to be selfish in the bedroom, right? We want to feel good without really doing any of the work. But if it’s not a one night stand and you actually care about the person you’re getting intimate with, you want to make them feel good too; even if you don’t necessarily like to! If he is giving in the bedroom, then trust me, he cares.
previous post

The Key To Sexual Intimacy That Most People Overlook

What Women Actually Want In A Relationship? (But Don’t Say)

Signs You’re Not Meant To Be Together

The Power of Positivity in Relationships in Times of Crisis

How to Fix a Broken Marriage And Save Your Relationship

Coronavirus: Over 75,000 infected in Wuhan