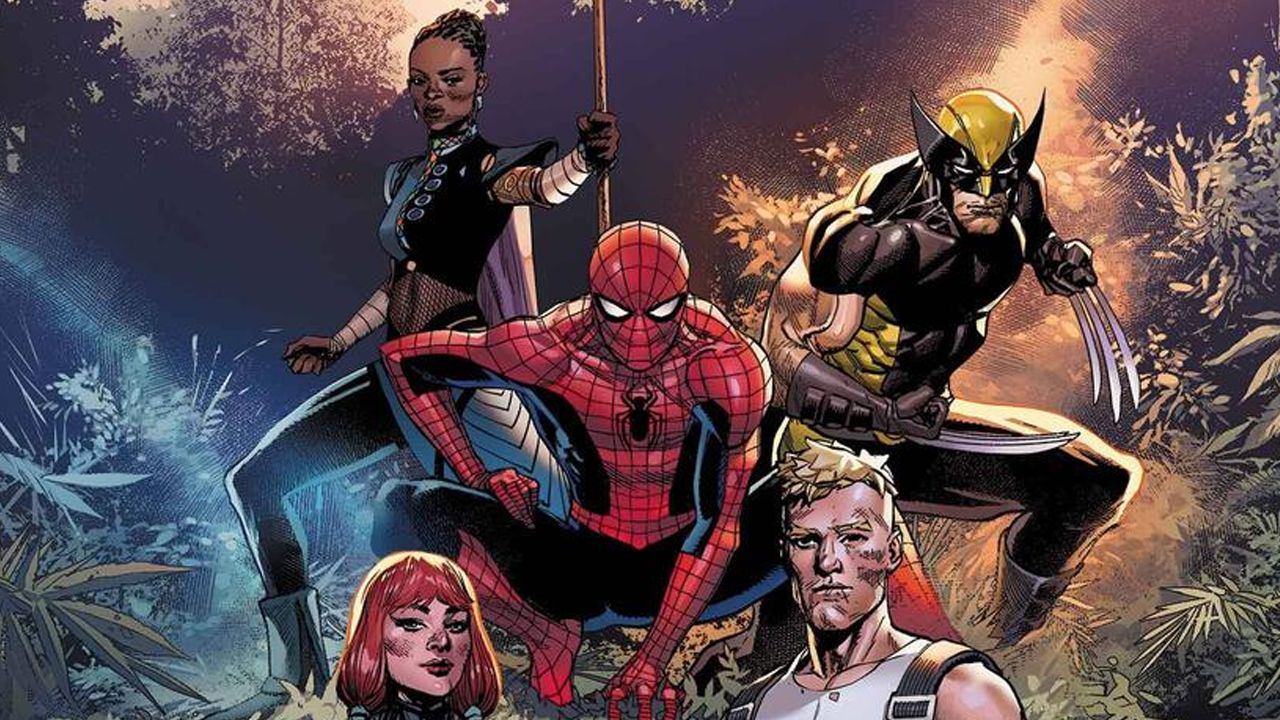 Marvel is gearing up to release its next comic collaboration with Fortnite, Fortnite X Marvel: Zero War #1, and today a new variant cover has been revealed.

The release will have multiple covers, but the newest revealed today features Spider-Man and Iron-Man alongside Fortnite favorites Fishstick, Big Mouth, and Leviathan.

This variant cover is the work of artist Jim Cheung. Other variant covers that have been revealed include Spider-Man and Wolverine above the Durrr Burger sign on the Fortnite island, and of course, the release’s original cover that features these characters, Shuri, and more in a traditional Marvel Comics style. There could be more variant covers to come, but right now these are the ones that have been shown.

Fortnite X Marvel: Zero War #1 is the second comic collaboration between the two entities with the first being Fortnite X Marvel – Nexus War: Thor which launched in 2020.

The comic’s story follows the inhabitants on the Island who are locked in what seems to be a never-ending war, and only one thing has the potential to turn the tide: a crystallized fragment of the Zero Point that was cast into the Marvel Universe.

The comic will see Marvel favorites Spider-Man, Wolverine, and Shuri team up to seek out the Zero Shard. The run will last five issues with the first going on sale on June 8.

In the meantime, you can get a Marvel fix in Fortnite right now as Moon Knight has just been added to the game and for a limited time is available to purchase from the in-game store.

Get ready for more ‘Tales from the Borderlands’ this year, finally

How To Retrieve Lost BVN SIM Card in Nigeria (2022)