Never Chase a Man Because You Will Simply Push Him Away, Do This Instead

Show Him You Are a Great Catch

Single Aussie Man Makes History with the Birth of Son

Apr 13, 2022
Prev Next
Are you running
after a man or simply chasing him and even have no idea you do that?

“You’re
wrong when you think that you’re going to lose him by not letting him know that you’re attracted or interested in him.” 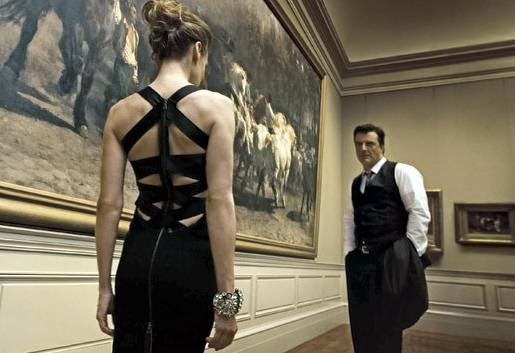 When you
run after or chase a man, you not only tend to unwittingly push him away, yet unfortunately,
you don’t give him the advantage to show you how HE actually feels when it
comes to YOU.

And yet,
it’s not so pleasant to sit back, in fact it is frustrating somehow to let a
man disappear from your life without trying to build a relationship. Yes, we
want a man to know and feel that we’re interested in him. We want to make
everything possibly simple for him to ask us out again. We want to seem
passionate about life and easygoing person.
Actually, we
think that we’re not running after him, but in fact we do it and we’re not even
conscious about that, everything seems natural to us.
We consider
that being “friendly” is quite similar as expressing consideration in a man. We
are told to think that if we’ll behave “casually” a man won’t realize that
we’re in fact running after him or chasing him.
However,
the fact is that we are. And anytime we do things that seem like we’re
“chasing” a man, it’s a turn fully off for him. He feels stifled and feels a forceful
“vibe” from you that does nothing to encourage him to want to get closer to you.

Have the Relationship You want to have Free Trial.

Here we also mean phoning him just to tell him
about something interesting you heard or read, or simply because you wanted to
tell him there was a fantastic band playing somewhere in the town, or someone
told you about some awesome event that you wish to ask him to or – anything else.
It also includes phoning him to ask why he hasn’t phoned you yet.

Using various
forms of communication:  E-mailing him,
texting him, messaging him on Facebook, posting him a fabulous card, passing by
his house “by chance”, or any other means that shows that you’re interested in
starting some any other kind of contact.

Inviting him to come and join you, or just
acting like the main manager of the relationship.

Having very strong desire to find out how he is. This also includes, particularly, wanting
to find out his opinion about your relationship or how he feels when it comes
to “you”.
These are
things we do almost without thinking. These are things that feel normal to us,
and we may have justified them by thinking we’re just being “friendly.” And at
the heart about this is one fear: Feeling like we’re going to lose him by not
letting him know we’re interested or attracted to him.
Pretty much
everything on the list above is the same as putting a sign on your chest that
says “Needy.” It shows desperation. And, it’s just simply not interesting to him;
in fact it makes him run away.

He may be flattered somehow or even like it.
Besides he might have no one more appropriate in his life at the moment so
he’ll date you. In fact he may like you very much, and even you may end up in a
relationship with him.

Then again,
you will never know how he actually feels when it comes to you.
Thus, if
you can’t do all those things mentioned above – what can you are allowed to do
to keep him interested?

This amazing ebook helped lots of women;  it will
show you a totally different way about expressing yourself that has absolutely
nothing whatsoever to do with running after or chasing a man. And the amazing
part about it is that by NOT chasing a man – Nonetheless instead doing the one
thing that is completely different from what most other women do- you  will get a man’s full attention and interest.
You’ll find what that one particular thing is, and how that subtle change can
make a huge impact to how a man begins to perceive you and make him really
interested in you.

The book will
illustrate you a new way on how to be with a man that would make him want to be
around you all the time, that would make him want to be caring and loving, get him
closer to you and not be afraid of opening to you about how much he likes you.
And the best part, it requires significantly less time and work when it comes
to stop doing the things that scream “chasing” and “neediness” to him and on
the other hand it will make you look more feminine and attractive.

The next
time you’re being concerned that he won’t want you if you don’t put yourself
“out there” in front of him, STOP and read this amazing eBook instead. As a
matter of fact, you can download your own copy and read it straight away.
It is also possible to have it free for 7 days when you click on the book:
Have the Relationship You want to have Free Trial.

Do You See a Fish or a Mermaid? Optical Illusion Goes Viral as Everyone has Different…

Do You See a Number? Black & White Optical Illusion Goes Viral on Twitter

Job Alert: Driver at the International Committee of the Red Cross…