Review: ‘Nintendo Switch Sports’ is more of the same 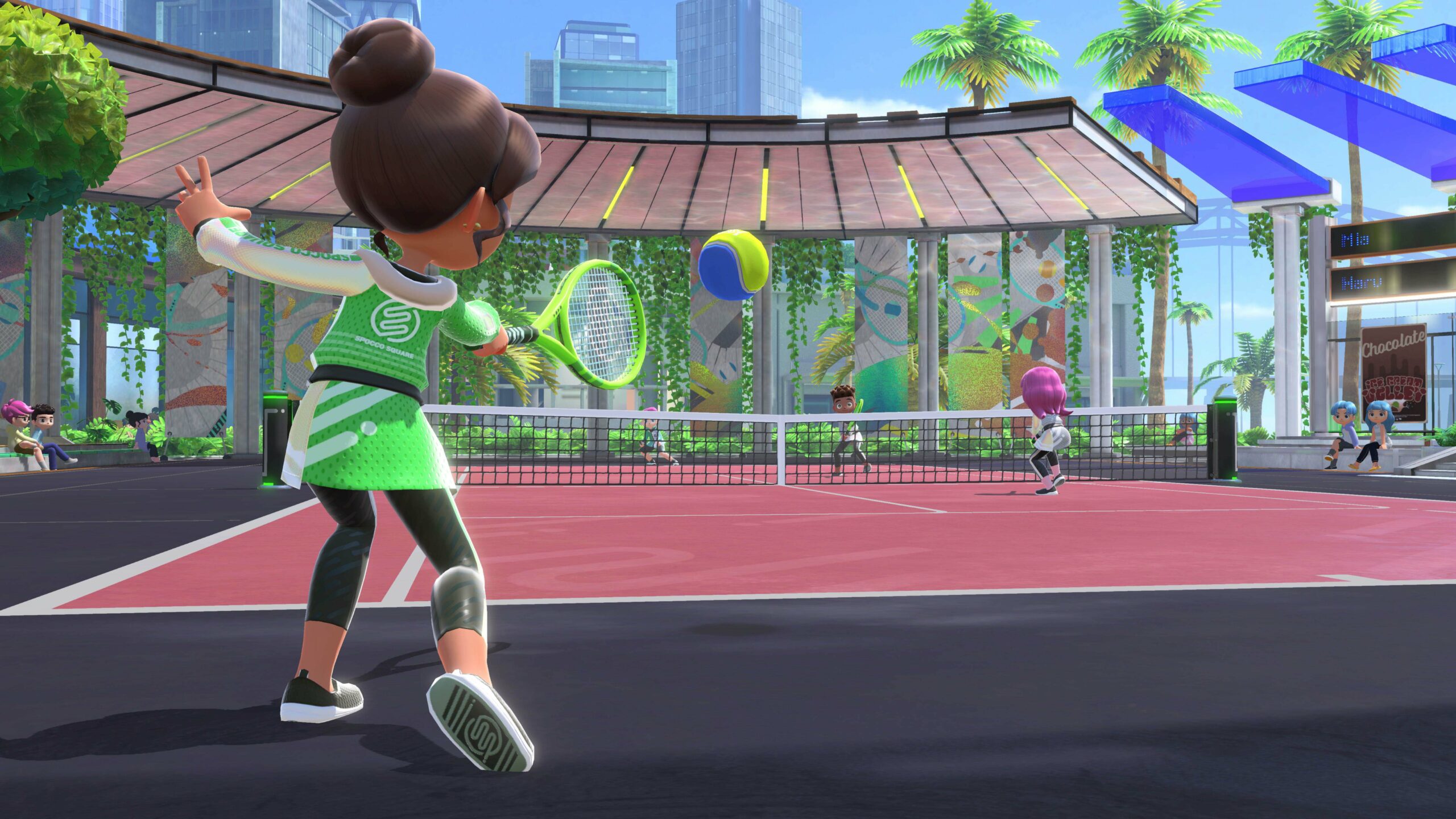 When it comes to iconic Nintendo titles it’s hard to look past Wii Sports. The game was the most popular title on Nintendo’s first motion control-based console — though this was due to it being a pack-in title. While there have been similar releases since its release, Nintendo is looking to pick up where they left off with Nintendo Switch Sports, which packs in plenty of nostalgia for older gamers while providing something fresh for newcomers.

That being said, while the Big N has endeavored to recapture the spirit of the original, however, they’ve fallen slightly short of the mark, stopping the game from reaching its full potential.

There are six games on offer in Nintendo Switch Sports, including classics from Wii Sports alongside new additions. The list of sports currently on offer includes bowling, tennis, badminton, soccer, volleyball, and chambara, with more said to be on the way post-launch.

As returning players would expect, bowling and tennis seem to be the two most popular choices, and their gameplay has been finetuned further to provide a great experience for players. All of your old tricks are made better with the light, smaller Joy-Con as opposed to the bulky Wii motion controller.

For the new additions, they feel great, especially in a game like chambara where you’re using your Joy-Con to imitate sword-swinging motions, or the nudging, pushing, and spiking in volleyball.

While I was hesitant to see how ball sports would play out, soccer is proof that it can work — be it with more of a Rocket League-feel rather than FIFA. While it isn’t perfect, it’s a great new addition to the franhcise, and it’s only made better with the help of the leg strap to play Shootout mode.

A big focus for Nintendo Switch Sports is its online play. Not only are you battling to climb the rank ladder and level up, but you’re also looking to unlock new cosmetics for your in-game character. These rewards do provide a ton of customization options, however, it isn’t yet clear if this will be enough to maintain longevity for the game’s online community.

Despite these online additions, the best way to play Nintendo Switch Sports is still with a party of friends in the same room. There’s nothing better than swinging your Joy-Con wildly to triumph over your friend or family member and getting to witness their reaction. Like other Nintendo Sports games, Switch Sports is perfect for this sort of relaxed play.

Given that, at its core, Nintendo Switch Sports is a party game that attracts casual players, online play runs the risk of fading into obscurity after launch.

Nintendo Switch Sports looks much better than any other sports game that Nintendo has produced before. Character models look noticeably better than the aging Miis, and the moment-to-moment action feels fluid and responsive.

A key to this great performance is how the game takes advantage of the Joy-Con. While plenty of games on the platform don’t take full advantage of them, Nintendo Switch Sports embraces the newest iteration of Nintendo’s motion controls, and the end result feels smooth and responsive as a result. Here’s hoping that the game’s success could pave the way for more motion-controller-focused titles, both from Nintendo themselves and other developers.

While Nintendo Switch Sports has a lot of things going for it, its biggest issue is a lack of progression as a franchise.

Sure, it does look miles better than Wii Sports, but at its core, the gameplay is very similar, and in its current form, Nintendo Switch Sports doesn’t feature some of the most popular modes from the original.

At the time of writing, there just isn’t enough content to justify the asking price. Unless you’re a massive fan of the franchise who is eager to replay bowling or tennis to become the best in the world, then you’re likely only going to boot this one up when you’re together with friends.

While there are plans for post-launch content (including the much-beloved golf modes), it doesn’t seem likely that they will provide enough innovation to feel new rather than simply a quality remake of the original action.

Nintendo Switch Sports is the revival of a classic series of games that many have grown to love over the years, and while it perfectly captures the nostalgia, the game doesn’t feel like a big enough development from the original despite being more than a decade removed.

A huge point of what made Wii Sports a hit was the fact that it came packed in with every console, and without this, Nintendo Switch Sports doesn’t feel like it includes enough to justify the cost of purchase. While the six sports currently available are fun, and there’s something unique to each, for a full-priced game there just isn’t enough new content at launch.

If you were a big fan of Wii Sports, then, for the most part, you know what you’re getting and shouldn’t have any reservations about picking up this new addition to the franchise. If this doesn’t sound like you, then you might want to wait a bit on Nintendo Switch Sports.

A review copy was provided to us by Nintendo.

Xbox & Bethesda showcase will run for about 90 minutes

Wurld Makes Promises In New Single 'Let You Down'