Why More Couples Are Having Kids Before They Get Married

Everybody’s doing it: Mila Kunis, Zooey Deschanel, Alicia Keys, Scarlett Johansson. A-listers can’t stop, won’t stop putting the baby carriage before marriage — that is, if they bother to get hitched at all. Kourtney Kardashian is on her third reality-TV heir with no ring in sight. Even the Today show’s Savannah Guthrie was four months along on her wedding day, proving that putting Pampers over pledges isn’t merely stigma-free … it’s the new normal. 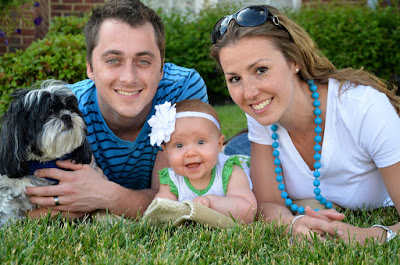 Conceiving out of wedlock was once something to be discussed in whispers and solved with quickie (read: shotgun optional) nuptials. But according to a 2013 report cosponsored by The National Marriage Project at the University of Virginia, 48 percent of all first births are now attributed to unmarried mothers, mostly women in their 20s with some degree of college education. “People’s ideas have changed radically due to ongoing cultural shifts tied to the economy, religious institutions, and sexuality,” says psychologist Joshua Coleman, Ph.D., co-chair of the Council on Contemporary Families. “Marriage before pregnancy is no longer the only legitimate path.”
A 2010 study by the Pew Research Center revealed that 80 percent of people consider an unmarried couple living with a child to be a family. (Sixty-three percent said the same of gay and lesbian duos with kids.) “We’ve begun to define family more by how it functions than by its legal structure,” explains Stephanie Coontz, author of Marriage, a History. In many countries, including Sweden, France, and freewheelin’ Iceland — where a whopping 65 percent of births are nonmarital — this has long been the mentality. We’re just catching up.
Our timelines are different now. “Most professional young women today say they’re still looking for marriage, kids, and career,” says Coontz, “just not necessarily in that order.” Much like cohabitation before marriage enjoyed a dramatic rebranding from “living in sin” to status quo, there’s a growing acceptance of the decision to follow an alternative route when it comes to offspring. And with women kicking ass in the workforce like never before, we can quite literally afford to call the shots on when and how to procreate. 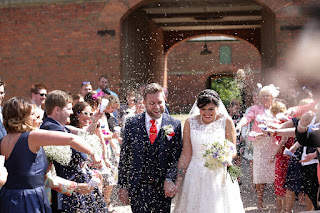 Such a seismic cultural shift is not without its haters. Last fall, Mets CEO Jeff Wilpon was accused of foul play when Leigh Castergine, a senior VP, alleged that he’d fired her for being pregnant and unwed. Naysayers frequently point to stats suggesting that unmarried parents have a greater likelihood of splitting up. “But a lot of those findings can be explained by other risk factors,” says Coleman. Nothing about marriage per se increases the longevity of a relationship. “Younger adults who’ve been through their parents’ divorce may feel more cautious. They’re worried about putting their own child through that,” says Coleman. “People worry that marriage creates more problems than it solves.”
One thing is for sure: The level of commitment between two people can’t be gauged merely by their status at the county clerk’s office. But coparenting is another story. When you’re willing to climb into the trenches together at 4 a.m. to calm a wailing infant, do it again the next night, and not wring each other’s neck in the process? For my money, that’s about as all-in, no-going-back, Forever with a capital F as it gets.
This article was originally published as “First Comes Baby, Then Comes Marriage” in the May 2015 issue of Cosmopolitan.
0
Share FacebookTwitterReddItWhatsAppPinterestEmailTelegramFacebook MessengerLinkedinTumblrStumbleUponVKDiggLINEBlackBerryViberPrintOK.ruGoogle+
Subscribe to our newsletter
Sign up here to get the latest news, updates and special offers delivered directly to your inbox.
You can unsubscribe at any time
You might also like More from author
Marriage

How to Apply for Ikeja Electric Prepaid Meter

Where do our minds wander? Brain waves can point the way

How To Extract Text From Images

How To Make Barbecue Fish Life —

RelationshipTips Jan 19, 2021 0
Barbecue Fish | Image: Saveur It is another Christmas season, time to tune things up a bit. Celebrate with…